Role of the Witness – Isolation Permit

Many hazardous energy Lock Out Tag Out (LOTO) procedures have a witness to verify the nominated point on an Isolation permit is the correct point that has been locked out and isolated by the authorised isolator.

The witness checks the permit document, views the isolation device alphanumeric identifier in the field – matches the two together and signs off on the permit that the correct point has been isolated.

This process looks simple and robust.

The isolation point alphanumeric identifier in a switch room may consist of a brief description and a number – Such a “Ventilation Fan A Motor 415 V Main Switch 10101E”.

In this incident there were two ventilation fans isolation switches side by side in a 415 volt switch room.

The standby (set B) fan was there as a back up to ensure mine ventilation was continuous if the other fan was out of action.

The fans were about three metres in diameter and were used to ventilate a large underground mine.

There were 8 pairs of ventilation fans (2) located at ground level and each pair of fans had their own switch room .

We were doing final commissioning and adjustment tests on each set of fans and had done these checks on 5 sets of fans. One of the tests required one fan to be electrically isolated whilst a directional rotation test was done on the other fan.

Isolations were done and the rotational test was done – except the wrong fan rotated. No one was working on or near that fan at the time – no-one was injured – although there was some changing of underwear once the potential of the event had sunk in.

It was put down to a human error and when employees get used to a specific and routine way of doing things and cannot detect a subtle change – even though it was visible – A case of “eyes wide shut” but could not see.

There were two human error mistakes – the wrong point was isolated and the witness did not detect that this was the wrong point. – Pretty Scary!!! – Sometimes this can be put down to “Group Think” , Lazy Habits and Assumptions.

The first lesson here – The Lock Out Tag Out (LOTO) witness plays a vital role, must be completely independent and must take this role seriously – This responsibility cannot be underestimated.

There was a simple explanation to the human error.

Both employees had become used to the switch room layout in the first five substations and out of habit did not check the No 6 Switch room Isolation points – the work had become routine and easy!!!

The substation equipment installers did not follow the design drawing and had crossed over the fan isolation breakers in the switch room. This was not corrected and the simple fix was to relocate the fan ID labels and update the drawing. Very subtle but a nasty trap lay in waiting for users.

There was only a subtle difference in the Alpha Numeric ID of the fan isolators – 10102E and 10101E. It was a common habit for electrical designers to label these devices in a complex manner without any consideration to the user – This was error  enforcing.

The second lesson – Labelling of Isolation devices must be simple and user friendly. 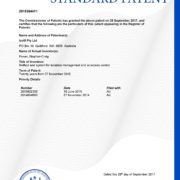 Plant Isolation – iSOL8 – A Digital Lock Out Tag Out Process 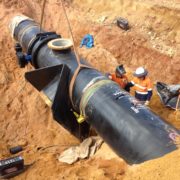 Our Isolation Management Patent Has Been Granted! 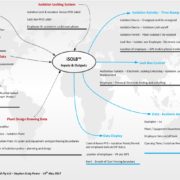 Bolt Failure – How not to remove bolts and components from a structur...

A haul truck training accident – A good operator is not always a good tra...
Scroll to top