I dedicate this true story to a close friend and professional associate – who coined the term “Three men and a wheel barrow”.

I was working as the OHS / Business Improvement Manager at large low grade gold-mining operation which was undergoing a large expansion project and then into operations.

One of my tasks I “Volunteered” for, was to oversee and manage on behalf of the client – the sale, recovery of insitu gold and demolition of the old mill which had been in existence for over twenty five years. Initial grades at the start of mining were around 16 grams/tonne

The CEO of the company brought in a gold recovery contractor (based in the Goldfields Area of WA) – I had absolutely no knowledge recovery and capture techniques but laid a bet with the General Manager of the Mine that we would recovery 2000 ounces of gold. “Bravado in the extreme on my behalf”

The recovery process used a physical separation water cone washing process after crushing gold bearing material and removing magnetic material (by hand). The entire working crew consisted of one supervisor and two labourers (the recovery contractor) and a security officer.

As the gold recovery process proceeded, I was constantly impressed that the supervisor knew where to look for gold in the old plant and was recovering a significant amount of gold material.

Of course there were significant doubters (from a high technical level) in the organisation who constantly said that the old gold plant had been cleaned out after it was shut down and there was no gold left of significance in the plant and we were wasting our time.

First lesson – Hands on experience (no qualifications at all) is like diamonds in the rough – extremely valuable if treated correctly – it beats “locked in the box” group academic thinking and theory – it was proved on this project constantly.

During the recovery process, the supervisor said that half the physical gold was being lost to waste as the crushing process caused the gold to flatten out and it did not behave as a dense material which separated out and was captured by the washing process.

What a revelation! – I asked how we can recover this gold and he said that he most suitable technique was to capture the gold in a mercury amalgam (An old third world process and highly dangerous – mercury is very toxic). I had an occupational hygiene background and developed a rigorous process to safety use and handle the mercury – this process had to been approved by the Registered Mine Manager and the Department of Minerals & Petroleum WA. 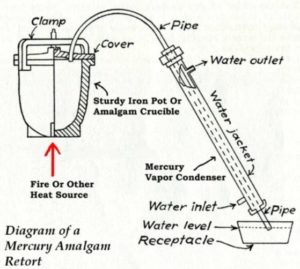 If you want to do something “out there” you have to believe in it, be resilient, persistent, and persuasive and listen to the free advice given to you by your colleagues.

The project was becoming very successful and had recovered several thousand ounces of gold – During this time the new gold mine processing operations was well underway when my associate (who was a manager at the mine) let fly during an executive management meeting and made the statement “Three men and a wheel barrow” are getting more gold out of old mill than the current mining and processing operations.

The project went onto recover over 11,000 ounces of gold and materially affected the cash flow of the organisation.

A small team with a good leader can achieve spectacular success beyond their wildest dreams.

Look before you leap – Tourists Jumping off a Cliff